Latest from TIGR:
Component.Studio: In-line Icons
Q&Play: Camp Pinetop
Flatout Games Wants You To Play With Your Veggies
Carl Salminen Wants Everyone to Have a Cow
Component.Studio: Rapid Card Creation
Whatever F.L.O.A.T.s Your Boat – A Conversation With…Daniel Grek of Concrete Canoe Games
Letiman’s Lessons #24: Dan’s First Booth at Breakout Con
Murder In The Garten
Floating on the Lotus Pond – Go Forth And Game reviews
Dan Goes Inside Chai
Skip to content

Benny takes a look at that difficult topic: perfection. From players to game play, what can we expect from perfection?

Perfection is a weird idea. We all have different ideas of what something would be that is perfect to us. To someone else it is likely flawed in some way, even in a very small way. Yet, I encounter so many clients in my practice who want to be perfect. It could be living to someone else’s expectation or their own expectation. Perfection too seems to be fleeting, it’s there and then poof! Gone.

The very notion of what is perfect itself can be a conundrum. In baseball there is such a thing as a perfect game, in basketball a player could make all of their shots, in football a quarterback could complete all of their passes, a goalie in hockey could earn a shutout, in golf a hole-in-one would be considered perfect. In this regard, there may be perfection. Those are unlikely and most of my clients have not been in any of those positions.

So how can an individual be perfect? Can they? I haven’t seen it yet, this is why we have “human error.” No perfection for us then. But the client wants something, they want to be something or display something or win at something. Maybe it is just to feel loved by someone they idolize or care deeply about. Often this can come in the form of a parent or authority figure.

A 4.0 in school is perfect for grades, though many of the clients who I have worked with who are pursuing perfection aren’t after grades. It has to do with something else. Some basic need for feeling loved that has gone missing.

I suppose we are all on the search for something. Can games be perfect? I would say no, because they rely on the humans who play them, but can certainly coax a certain response from those players. 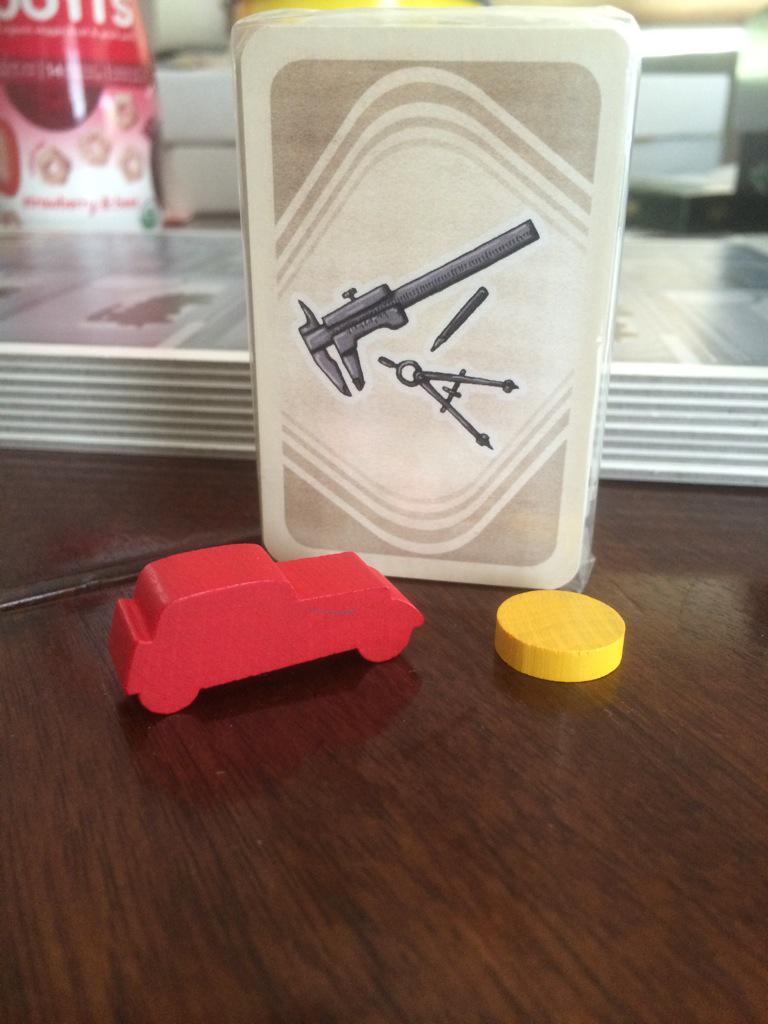 (Matthias Cramer/Blackfire Games). Kraftwagen is not a perfect game, but for me it is a narrative arc, an experience that brings me a strong connection to my father and grandfathers. They were all gearheads, they love tinkering with cars and Kraftwagen is that. It’s about upgrading skills to make bigger and better cars, to go racing, to sell your cars. It feels like when I play this game my grandfathers are smiling down on me, laughing at the fun of the experience. Rallyman (rallyman.fr) too for that matter. It has a certain place in my heart that connects me to the fun my grandfather had after WWII and getting involved with those pre-NASCAR types.

The connections strengthen for me more and more as I play these games. For my grandpa Payne, he was gone when i was young, so I only really know him through stories my mom has told me.

This seems to fit with the feelings of missing something in life, though maybe it was early on when I felt something was missing. As an adult with a child and a wife I do not feel like I’m missing anything. I feel surrounded and supported by love everyday.

Though the search continues I suppose. For a time I was concerned with being perfectly imperfect. Or being able to be so far away from what was deemed “perfect” that I exhibited some of what would be considered self-destructive tendencies.

For real people in the real world, there is nothing that is perfect. The very nature of perfection means that everyone first has to agree on what that actually is. For some, a game like Spades is the perfect game. It has competition and collaboration. It has winning and losing. It has standard playing cards. Though it is an imperfect game, as with all games, because of the possibility of human error. Also to that end, luck of the draw.

It is possible to play all of the cards you were dealt in a manner that is beneficial. You could still lose though if the cards aren’t high enough to win enough tricks. But you played perfectly! The essence that was sought was found. However, the overarching desire was to also win in addition to being perfectly played.

Let’s assume the opposite then. The player makes one key mistake and loses a trick. They recover and win the hand with their partner. The player failed in the mission of perfection, but ultimately won the hand.

For someone who wants to be perfect, both of these scenarios are frustrating. Like the computer that is offered a 2 instead of a 1 or 0. Does not compute. The frustration then kicks in because the player expected to receive a complete source of 1’s, effectively, which would make their ideal then come to fruition.

So luck is the enemy of perfection. Some would have you believe that perfection exists in games. They can have their belief. An example I have received as a “perfect” game is

(Z-Man Games). Those who know me, know that I do not like Agricola. I hate the randomness of the cards at the beginning. They tilt the game into a place where it is not fun for me to play.

A better example of a perfect game would be something like Go. All of the pieces and information are fully present. Nothing is hidden. There are no secret moves or tricks that are not available. It then becomes a battle of skill. But that brings us back to the human error component.

In therapy I have said the perfect word or phrase a handful of times. It has yielded great success with the client and been a huge stepping stone on the path of getting better. It is rarely the same word or phrase. Often it comes into my mind from seemingly nowhere and moves past my lips. In the great scheme of the brain, it would suggest that the thought/idea/word/phrase was buried deeply in my subconscious mind and picked what would be a fortuitous moment to come forth. Nothing magical there, just a brain that happened to get the wiring exactly right.

I’ve worked with a lot of therapists and mental health folks over the years who say the same thing. Few want to take credit for it. They want to call it some sort of universe instance or a nod to influence from a higher power.

This is odd because it isn’t those things. It is something that exists in their minds and they want to push it aside as if it were luck or a fluke or something wild.

I’ve previously written about the notion of managing one’s ego. Reining it into line so that it does not become a destructive force. This may fall along similar lines. However, it seems to act in a way that could be seen as discrediting the source of the inspiration. In that post I wrote about creatives. They are like therapists in this way in that they want to assume the source of brilliance is not from them.

Why? It could be the notion that it was fleeting. It may have been a singular moment of brilliance, a shooting star that flames out as it passes in the distance. The very assumption that the truly great moment is a one-off. A never to be repeated event!

Raise your hands creatives if you feel like you had 1 brilliant idea and will never have another one ever again. Yep. Same with therapists. But this is completely illogical! Your brains are designed to have those brilliant moments more than once in a lifetime. Do you have to bill yourself as the Great Shrinkini? No, probably not. But you do have to embrace the idea that you have perfect thoughts and can provide those at a time when someone needs them.

Own your successes! All of them! They are yours! No one else had that thought for you, or directed that move. That was all you. Perfectly imperfect as you may be, you done good.

The Indie Game Report is a collaborative tabletop game review site by Mike Wokasch and Cassie Elle. We feature reviews and previews of games by small publishers and Kickstarted games as well as newsworthy interviews and special features.

If you’d like your game reviewed, fill out the form on the About Us page.